WordPress Theme SEO is a very common concern from people who are setting up new sites. Particularly if generating traffic is a top concern. And lets be honest – who doesn’t want to generate traffic? Its a valid question though and worth taking a look at WordPress Theme SEO and what matters.

Are We Asking The Right Question 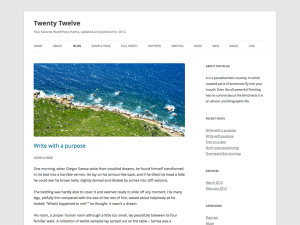 Allow me to explain. I heard Matt Mullenweg as a fellow speaker at Le Web back in 2010. It was a great presentation as I’m a huge WordPress fan and I’m happy to sit and listen to the brains behind the platform talk about statistics. Matt mentioned that WordPress is like the “dark fibre” of the internet. Its not hip and cool like Facebook or Twitter. There’s no big IPO or anything that the nightly news is interested in. But the proliferation of sites on the web using WordPress as a CMS is astonishing. WordPress currently is used by over 16.7% of the top 1 million websites on the internet. In 2011 it made up 22% of all new websites. I’ll save you the math and say that this is a TON of websites.

There are a number of reasons why these numbers are so high. “Ease of use”, “its free”, “its familiar” and many more reasons make up why people chose and use WordPress. But its hard to argue the core fact that they got a lot right.

WordPress is extremely good at SEO right out of the box. I promise. It formats correctly. It categorizes for you. It tags. WordPress is an outstandingly solid platform. Themes don’t need to improve the SEO. In fact, I would argue that a poorly designed theme would actually hurt SEO if there was any damage at all.

So the right way of looking at this isn’t really at what theme is best so much. Its looking at which theme is worst.

There are thousands and thousands of themes available. Again – WordPress is flexible that way. If there are any themes to be worried about – I’d have to argue it would be some of the free ones. I know we’re all on a budget and you could argue that paid themes aren’t always what they seem… so what do you look for in a theme?

The Extent of WordPress Theme SEO

As long as your theme renders categories and all of the WordPress post data – you’re probably okay. Google doesn’t care so much about how your site looks as much as people might so this is a moot point. Get a minimal theme that supports functionality and looks nice – you’ll be fine.

In fact – I start new sites using the WordPress built-in twentytwelve theme. Its simple and elegant. And it supports all that WordPress offers on the 3.5 and up versions. This might be an important lesson – Google and Bing don’t care what theme you’re using. I would argue – go ahead and use the default! You’ll spend more time writing and less time fooling around with themes and design.

So – if WordPress Theme SEO isn’t as big a concern as we thought – where can we spend time worrying?

Well – WordPress does a pretty good job right out of the box. You can look at some good WordPress SEO Plugins and get a lot of mileage. Learn to use the SEO plugins and give your potential audience good content first. You can customize and fiddle about with themes after you start seeing some traffic. This is the point of using WordPress to begin with. 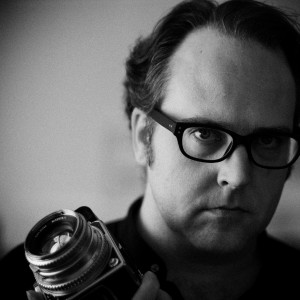